When I was a kid, one of my favorite movies was an obscure little indie film called The Wizard of Oz.  In it, a girl named Dorothy is transported out of her home state of Kansas via tornado, dropping generally into the magical country of Oz, and literally onto the head and torso of the Wicked Witch of the East.  Dorothy is eager to return to Kansas (presumably to avoid both manslaughter and theft – she walks off with her victim’s shoes – charges) and is given instructions to do so by visiting an entity named “The Wizard” located in a single-building casino-esque metropolis called The Emerald City.

Naturally, the deceased’s sister, the Wicked Witch of the West, is distraught over the loss of her sibling.  In her grief, she threatens to “get” Dorothy, as well as reclaim the stolen shoes.  As her threats carry no detail or show of power, Dorothy is unconcerned about “being gotten” and sets off towards The Emerald City – fashioning a woebegotten entourage of three needy Ozites along the way.  Their journey is uneventful with the exception of a few mild and brief (and, notably, anonymous) pranks by the W.W.W.; and so they are naturally surprised and confused when the Witch skywrites “Surrender Dorothy” in large letters over The Emerald City.

As a child, I had no idea why Dorothy would surrender.  She and the Witch were not waging a war – at least, as far as Dorothy was aware – and there was nothing to be gained or lost by turning herself over to the Witch.  So much as Dorothy was concerned, giving in to the Witch’s nonsense would only serve to stray her from her intended purpose.  Dorothy had one job: to get home; and as the W.W.W. was not the law of the land, had no reason to break stride for a time-wasting “surrender.”

I recently faced a similar situation, sort of.  And, as a disclaimer, I am not comparing myself to Dorothy.  If you choose to do so I can’t stop you.

It was a perfect late-summer evening, the kind that makes it all the more apparent that autumn is on the horizon.  The boys (and an extra kid) were itchin’ for some fishin’, and so Kyle packed up the truck for an impromptu trip to a yet-to-be-explored spot on the English Coulee.  I was, as always, trodding along a yellow brick road paved with infinite to-do’s.

I had no business with any sunnies or bass.  I did not have a minute to spare for casting lines or hooking worms.  I was also well-aware that there wasn’t cell phone or WiFi service at this particular spot.

But then I thought, “Would it have been so terrible if Dorothy had taken a couple of days to sightsee around Oz instead of high-tailing to her destination?”

I got in the truck.

The fishing hole turned out to be relatively close to our old house; but, as is the case in North Dakota where everyone just assumes everyone knows everything, we didn’t learn about it until after we had moved to town.  It was a groomed spot, complete with a large dock and a cleared path around, tucked between three farm fields and the main road.  There was already a family at the dock and a few onesie-twosies spread out around the perimeter, so we drove to the farthest possible point from everyone else and set down our rods.

Or rather, Kyle set down the rods, bait, tackle boxes, bucket, net, fish gloves, bug spray, sweatshirts (for the big boys) and extra change of clothes (for our six-year-old, who has a knack for falling into wet or muddy things), and a camping chair (for me).  Then he baited the hooks, stuck the two big boys on some nice, big, flat rocks, filled up the bucket, rebaited the boys’ hooks, baited a hook for Six, and unfolded my chair.  I made sure Six didn’t fall into anything.

If you’ve ever been fishing, you know the number-one rule is to be as quiet as possible.  If you’ve ever been around two ten-year-old boys, you know that’s not physically possible.  Every time one of them would get a nibble on a line, they would screech as loud as possible so as to effectively scare the fish away.  Their screeches were matched by two other similarly-aged boys across the water on the dock who were having similar luck.  I waved to their mother – who, like me, was “participating” from a camping chair.

Meanwhile, Kyle had taken Six fifty or so yards down the perimeter so that Six could cast like Indiana Jones with a whip without hooking anyone (besides Kyle).  In between dodging flying hooks, Kyle would quietly toss his line out in the water, wait a moment, and reel in a fish.

In the end, the boys caught two things: a little bluegill, and a frog named Bob.  Kyle caught five fish and baited 2,000,000 lines.  Six only got slightly muddy.

And, either more or less importantly – for over an hour, I didn’t do anything.  I didn’t do work, or laundry, or put away boxes, or even check my email.  I just sat in front of a heavy-headed sunflower field under a sunset of pink perfection, listening to the sh-sh-sh-ing of grasshoppers and the gentle mooing of cows and the highest possible decibel whispers of three boys trying their best to be quiet.  All in all, it was a pretty good way to use up an evening.

The photo above is of Kyle at the fishing spot because his auntie reads this every week and she likes to see him.

This week’s news has some discounted termites, centuplicated classics, and a helpful garage sale.  Read on.

The money raised from the Bruce Spicer second-annual golf tournament will cut fees in half for termite and mite players in honor of a man who had too little money to formally play his beloved sport as a child. (Grand Forks Herald)

This is the story of Scranton’s Neil and Rosalie Krinke, who have spent the last 67 years sharing their love of classic cars…which are now for sale. (FCC) 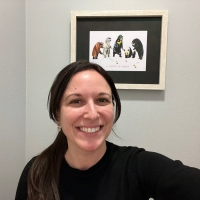 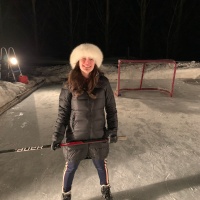 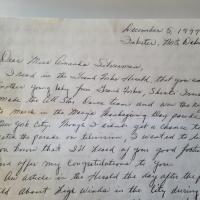 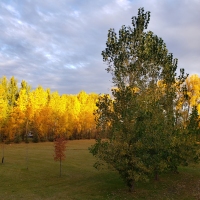