My children are currently nursing a grandparent hangover after spending a week at my parents’ house at the second-annual “Camp Bubbe Zayde” (Bubbe and Zayde are the Yiddish words for Grandma and Grandpa, respectively).  As you might expect, Camp Bubbe Zayde was a happypalooza – fishing, baseball, Valley Fair, the zoo and the waterpark, and casual texts from my mother that read, “The kids wanted a snack, so we got them two ice cream bars a piece.  They must be growing!”  Of course, there was also teethbrushing and vegetable eating, but even following the rules – such as picking up toys and being kind to your brother – was turned into a game, with the prize being a trip to Dave & Busters.

My favorite part of Camp Bubbe Zayde (beyond the obvious seven days of free babysitting) is how much my parents have leaned into grandparenting wild animals.

I have a little sister, named Erica.  Erica and I have two sons each.  It’s universally poetic that Erica and I are the mothers of mud-caked boys because if I had to search for a phrase to describe our own childhood, it would be “sparkly, fluffy cupcake.”  Here is a list of some of our favorite youthful activities:  Choreographing dance, lip-syncing, and musical routines.  Hosting princess tea parties.  Playing barbies.  Holding neatly-organized lemonade and cookie stands.  Pretending we were mermaids swimming in a pool.  Pretending our bikes were horses and riding them sidesaddle.  Hanging a bucket from a string and pretending we were Laura Ingalls Wilder getting water from the well.  Watching Disney movies and listening to Broadway showtune records.  Lying in the sun and looking at the clouds.  Smelling flowers.  Gently picking flowers.  Softly wrapping flowers in a wet paper towel and gifting them to our mother.

Sure, we also did things like go to baseball games and Valley Fair, but the way Erica and I interacted in those places is vastly different than my own children today.  For example, my dad took me both deep-sea and river fishing, two events that live in my memory as fact – as in, “Fact: I went fishing.”  On the deep-sea trip I caught the biggest fish of the whole group; and as I (but really, my dad and the guide) were reeling it in and everyone was freaking out, I remember thinking with total disinterest, “Okay, now we can go back.”  My children, on the other hand, can describe in detail every one of the 100 billion sunfish they have caught over the past two years.

As another example, I would/will select only the slowest-moving amusement park rides (someone should invent a park where you just drive around in a golf cart wearing a princess costume and eating ice cream).  My oldest son, on the other hand, chooses his rides based on the amount of screaming he hears from other participants.  And, it turns out, Bubbe and Zayde are completely fine strapping in next to him and throwing their arms up in the air.

There’s a chance that my children are finally allowing my parents to show their true colors.  Sometime before the first Camp Bubbe Zayde, I watched my son hand my dad a frog from our backyard and my dad look at it with the interest of an archaeological artifact, and I realized that maaaaaaaaaaaaaaybe my parents’ idea of a good time is not actually watching one-hour fashion shows of new school clothes followed by multi-encore performances of the aforementioned dance/lip-sync/music routines.  Maaaaaaaaybe, instead of spending a day searching for fairies in the snow, they secretly would have preferred tickets to monster trucks and/or WWE.

There’s also a chance that they are just doing what grandparents do.  I can think of many, many, many instances where Erica was the long-last person at the dinner table, held hostage until she ate enough of whatever was served to remain sustained.  On the other hand, here is an exact text my mom sent me during Camp Bubbe Zayde about my six-year-old, who could write the book on picky eating:

“We set up Six with his own personal pizza.  He ladled on the sauce and spread the cheese nicely.  He asked for olives so we gave him olives to spread on top.  After baking, he proceeded to scrape the olives off and onto his plate.  After one bite, he said, ‘I don’t like the way this tastes.’  He slowly pushed it off the plate, so we gave him a peanut butter sandwich, which he promptly ate.”

Obviously, all of us parents know that the number one rule is to never make the peanut butter sandwich because it transfers power that you will never, ever get back.  Peanut Butter Politics, as Kyle calls it.  However, grandparents will readily make a meal of gummy bears and saltines if their sweet little loves request it.

It’s that same reason why my mother bought hockey skates so that she could hang out on the ice with my son, and why my parents spent last winter hanging out around a fire pit eating s’mores and drinking Busch Light instead of on the beach of Antigua with pina coladas – because they are Bubbe and Zayde, and that’s what they do.

So cheers to all the grandparents out there – especially the ones who may be out of their comfort zone when attending princess tea parties or fighting over who can get the muddiest.  (Also, double-cheers to my own grandparents, who were and are the BEST.)

The photo above is of my mother and son at Valley Fair, riding a ride that looks terrible to me.

This week’s news has a lapidarist, a LEGO builder, and a power lifter.  Read on.

A lapidarist is a person who turns rocks into art – and this is a great story on Kenmare’s Donald “Skip” Erickson, whose hobby is polishing rocks. (Minot Daily News)

Thanks to community donations, United Way of Cass-Clay packed 1,000 backpacks with school supplies, and used the remaining items to support area shelters. (KVRR)

The Cavalier Thrift Store donated its millionth dollar to the Cavalier Fire Department (as well as 32 other organizations on the same day). (Grand Forks Herald)

Dickinson’s McKenzie Haven is on her way to the World Championships in powerlifting after powering through a premature birth, a functional neurological disorder, and hyper anxiety. (Dickinson Press)

I wrote a story about what it was like growing up on 5th Street in Grand Forks.  You can read it here. (Red Cent/North Dakota Nice) 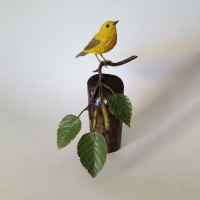